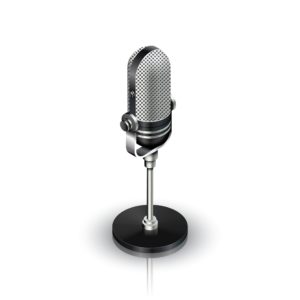 Even voice only stations will require a DAB radio eventually

DAB stands for ‘Digital Audio Broadcasting’. A jobsite DAB radio is one that fully supports digital radio, which means you’ll usually get a better quality signal, and in turn sound quality, assuming you’re in an area that has good coverage.

If you’re old enough to remember FM transmissions taking over from the AM waveband (also commonly referred to as medium wave or MW), you’ll remember that when it worked well, the sound was streets ahead of the crackly music that got louder and quieter as you drove along in the car. Some people still use AM frequencies today, mainly to tune into primarily chat based stations like BBC Five Live. It’s a fond memory many of us have from childhood, listening to the football results coming in late on a Saturday afternoon with dad in the car.

DAB is very similar in that it steps up again in audio quality, yet still is new enough to suffer from the coverage holes that FM did in its inception. A lot of the problem is that the adoption of digital radio hasn’t quite reached the tipping point required to switch off the old technologies yet, and the FM wavebands are too limited to provide space for all stations. DAB solves a lot of that, but there’s not enough digital radios out there just yet to complete the roll out, and mop up the problems in poor signal areas.

What Are The Benefits Of DAB Radio?

There are several reasons to choose a jobsite radio that features a DAB tuner, but whether each appeals to you will depend on your needs. Let’s take a look at them in more detail, and why they might appeal.

One thing you’ll notice quickly is that there are more radio stations available with DAB, a lot more! While many of us are emotionally attached to our favourite local station, this is a great opportunity to try out a change. Stations like XFM are the home of some big names like Chris Moyles, who has apparently disappeared if you live far from London since leaving Radio 1. However, if you own a DAB radio, you can hear his unique brand on their breakfast show. Depending on your taste, that could well be a huge plus or huge negative!

If you do live in London, or one of the UK’s other big cities, you might have heard your favourite station getting hijacked by pirate radio from time to time. This is caused by illegal broadcasting, often in densely populated areas on frequencies similar to those used by popular stations. It’s no coincidence either, the pirate station operators know people are listening to local radio, and that’s why they choose those stations to interrupt – people are listening! It’s an annoyance at best, and something that’s very unusual to encounter on digital radio. There’s a couple of reasons for that, the main one being cost. The technology is new, and it’s therefore expensive to set up – something that’s not popular with a teenager in his bedroom trying to share his dodgy music collection with the world!

No More “What’s This Song?”

Sometimes the simplest of ideas are the improvements that make the most difference. Radiotext is a very handy feature of digital radio, allowing a simple text message to be received with the DAB audio. That means that most DAB radios can display text as they’re playing the music or speech on an LCD display, which is often used by the radio stations to show the artist and track name of music they’re playing. So, no more wondering who a song’s by, and you can even cheat and pretend you’re a musical guru on site if others are wondering!

Perhaps hard to see as a benefit, but sooner or later FM and AM transmissions are likely to be switched off entirely. Just like Freeview channels replaced analogue terrestrial TV a few years ago, the time will come when radio follows to exclusively work with DAB and free up the broadcasting space occupied by FM and AM for other uses. In other words, one of the most compelling reasions to get a DAB jobsite radio is the fact that you’ll be able to use it for many years to come. Current expectations are that Ofcom will carry out the switch off of FM in a phased approach between 2017 and 2022, probably starting in the more densely populated areas where the freed up space will generate most benefit.

To round this up, DAB is the future. Digital Audio Broadcasting is here to stay, and will be the only option in time. While there are a few downsides, mainly in terms of coverage, you can still use FM for now on those models until the time comes that the signal improves sufficiently. Buying a radio without DAB support will clearly risk ending up with a radio that’s not able to be used eventually, although for most of the UK, that day is likely to be four or five years away. No doubt for domestic radios, a solution will be found similar to TVs where an analogue device will be able to be upgraded with a plug in gadget for digital reception in some way, but for a jobsite radio, it’s not really convenient to need extras to be plugged in. It’s far more sensible to buy DAB now, even if you don’t use it too often – the prices aren’t much different for DAB models.

jobsiteradioreviews.website is a participant in the Amazon EU Associates Programme, an affiliate advertising programme designed to provide a means for sites to earn advertising fees by advertising and linking to Amazon.co.uk.
This site uses cookies: Find out more.